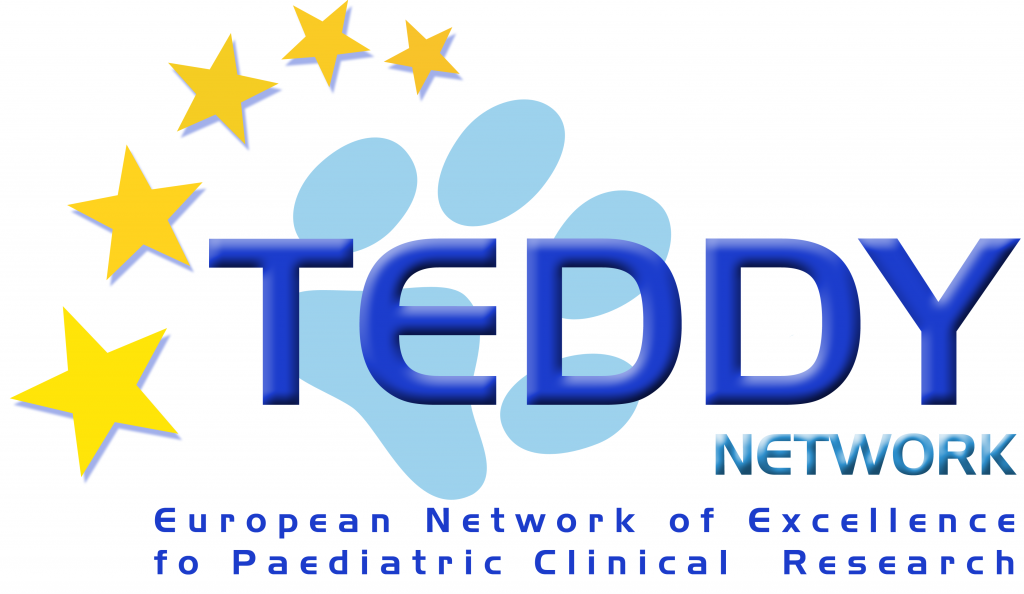 TEDDY Network is an independent multidisciplinary and multinational network encompassing partners from 15 countries aimed at facilitating the performance of good quality paediatric studies and research. The Task-force in Europe for Drug Development for the Young (TEDDY) was born as a Network of Excellence (NoE) under the Sixth Framework Programme for Research and Technological Development (FP6) with the aim to support and strengthen scientific and technological excellence in the paediatric sector in Europe and between 2005-2010played a key role in the start-up of paediatric activities in Europe, in parallel with the introduction of the new European Paediatric Regulation.

At the end of the funding period, the Task-force was further renewed and now TEDDY is operating as an independent multidisciplinary, multinational network. It is also recognised member of Enpr-EMA, the European Network of Paediatric Research at the European Medicines Agency (EMA).

The aim of this new network is to encourage the integration of the paediatric pharmacological research activities, the implementation of adequate health policies and the promotion of social awareness on the importance of the paediatric medicines across Europe. Indeed, among its partners the TEDDY network includes paediatric clinical research centres as well as professionals (methodologists, pharmacologists, ethicists, regulators) with extensive expertise in the paediatric sector. Researchers, scientists, health experts are still working together to identify the most appropriate common rules that reflect the specificity of this patient population. TEDDY offers its experience in the planning and management of clinical trials in the paediatric field and operates as a support network for the recruitment of patients.