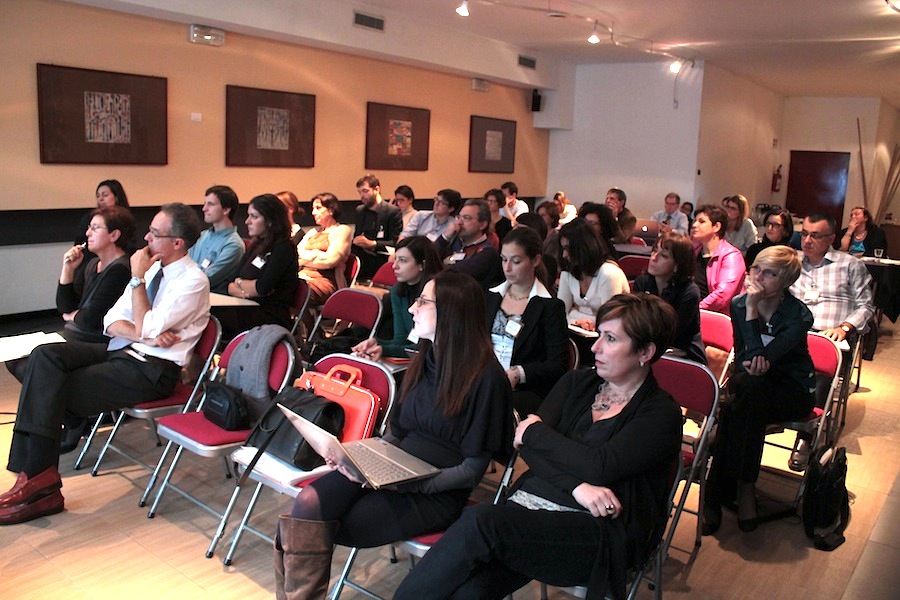 Pavia, November 25th, 2013. The first European project on paediatric chronic pain and the expression of a collaborative effort involving pharmacologists, clinical neurologists and paediatricians from 9 different European and extra-European countries, GAPP – GAbapentin in Paediatric Pain was officially kicked-off at the premises of Cascina Scova in Pavia, Italy, on November 18-20th 2013.

Through the development of appropriately controlled clinical trials the project will investigate appropriate dosages, efficacy and safety of this drug in the treatment of paediatric pain thereby responding to a medical need that is currently unmet in the paediatric population. Dompé, one of the main biopharmaceutical industries in Italy, is the industrial project partner and the sponsor of the two clinical trials. Indeed, the group has long been involved  in the Research and Development of therapeutic solutions for rare pathologies, which often lack standard treatment, in such areas as ophthalmology, diabetology, organ transplant and oncology. “We are participating in this research project on paediatric pain with strong conviction”, explained Dompé CEO Eugenio Aringhieri. “It is a challenge of a high ethical value, which a far-reaching public-private partnership in terms of aims and therapeutic ambitions. The GAPP project therefore represents the best synthesis of this virtuous alliance and an innovative work frame, in which this collaboration becomes a true accelerator of the innovation at hand.

“The first problem to be solved when a child has to take a medicine is that an appropriate dosage is administered. The drug might be otherwise ineffective or provoke adverse effects. In GAPP we will identify an optimal dosage for even the smallest children by applying models based on adult or older children dosages (this is why one of the studies to be carried out is called ‘Bridging modelling study’). This way we will be able to minimize the participation of the youngest children in the clinical trial.”, clarified Prof. Oscar Della Pasqua of the University College London.

“The problem of children suffering from chronic pain is widespread, but poorly recognized and often undertreated,” explained Marteen O. Mensink, MD at the University Medical Centre Utrecht. “A specific form of pain in which the nervous system is involved is called neuropathic pain. Usually, normal pain killers have little or no effect on chronic neuropathic pain and doctors often resort to prescribing opioids like morphine in an attempt to reduce pain. The use of opioids, however, is associated with serious side effects. Gabapentin is a drug originally designed to reduce epileptic symptoms, but in adults it has shown to reduce neuropathic pain as well. This study project is aimed at assessing the efficacy of gabapentin in reducing chronic neuropathic pain in children. If children with chronic neuropathic pain meet the inclusion criteria, they will be randomized into receiving either an opioid or gabapentin.”

“Accessibility and information on good pain treatment is fundamental for all children in the world coping with chronic pain”, declared Patty Brouwer, International Services Manager at the International Confederation of Childhood Cancer Parent Organizations (ICCCPO), which will play an important role in the dissemination of the project activities and results.

So far, an assessment questionnaire has examined medical practices in Europe: “Thirteen European medical centres participated in a survey on the diagnosis and treatment of paediatric neuropathic pain for the purposes of the GAPP project. Since therapeutic strategies and potential of recruitment varied widely, a methodological and statistical group will be created to work on the standardisation of definitions and therapeutic schemes for the GABA1 and GABA2 trials.”, said Florentia Kaguelidou and Saskia de Wildt, both experienced paediatricians respectively at Assistance Publique-Hôpitaux de Paris and Erasmus MC Sophia Children’s Hospital.

The kick-off meeting gathered a consortium of 15 partners to launch the project activities and discuss the four-year scope of work. In particular, it was aimed to give all participants a better understanding of the tasks and goals of the project, illustrate the key elements of the clinical studies and related open issues, explore regulatory aspects specific to each country involved, and start the debates over the possible methodology and coordination structure in which the cooperation may evolve in the most beneficial and effective way. Intended joint actions and work packages of the project were fruitfully discussed in order to plan the future actions.

About the Author: admin