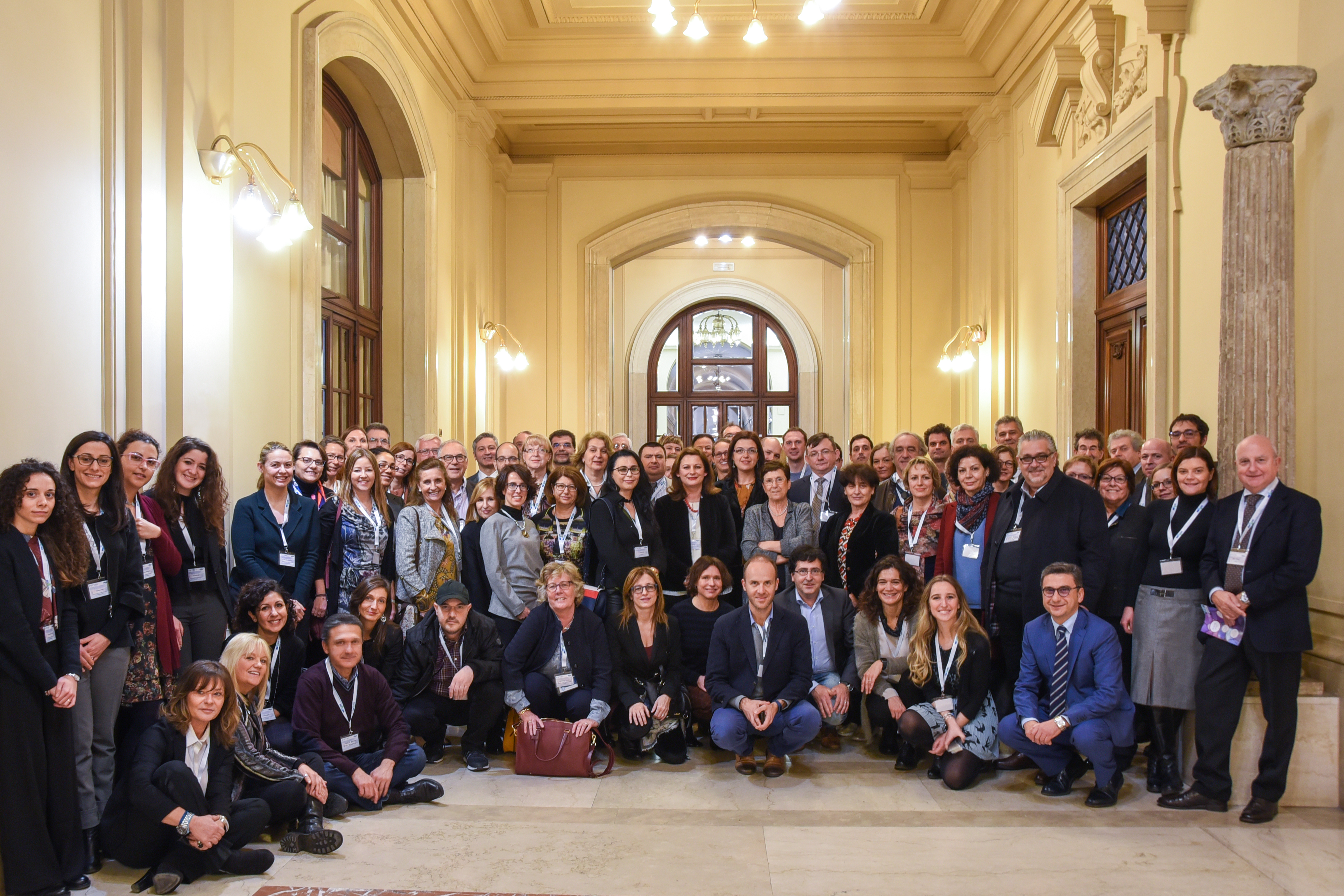 The ID-EPTRI project has been launched in Rome on 15th-16th January, 2018 at the Ministry of Education, University and Research (MIUR), with more than 100 attendees.

The project has been funded within the INFRADEV-01-2017 H2020 call for proposals to realise a new Research Infrastructure (RI) completely dedicated to paediatrics and involves 26 partners from EU and non-EU countries including consolidated research infrastructures, top-level universities, scientific and clinical centres of excellence in Europe.

EPTRI, the European Paediatric Translational Research Infrastructure, will act as a “Paediatric Common Service” aimed to promote availability of safe and effective medicines for children. EPTRI will seek to reach this important goal putting together researchers working in different areas and on different topics but with a common interest in paediatrics to identify which are the most challenges they meet in their work and how to overcome them integrating technology-driven approaches to drug discovery and development.

To prepare the Conceptual Design Report (CDR) to realize EPTRI, the project will encompass three phases:

The meeting was the occasion to present the project, to put together all the partners and stakeholders involved and to discuss on how to implement the project in the 2-years of work ahead of us.

During the meeting, it was given an overview on the biomed Research Infrastructures in the European framework aimed to improve patients’ health underlining the EPTRI role within this fragmented scenario. EPTRI will be a complementary RIs in the European scenario avoiding any overlapping with the already existing initiatives.

The first day was focused on several aspects related to the project management and coordination with a brief presentation of all the partners involved. It was discussed about the ID-EPTRI General Assembly and Bodies, requirements and timelines, governance and sustainability, administrative, legal, financial aspects and ethical issues.

During the second day, the discussion moved towards the heart of project with really interesting talks about the five thematic platforms and the IT model, whose results will converge, together with those of the context analysis phase, in the Conceptual Design Report to realize EPTRI.

Finally, it was addressed the importance of setting-up an effective communication strategy, networking activities and patients involvement to assure a long-lasting sustainability of the project.

Thanks to the active participation of all the attendees, the meeting provided productive discussions and was the occasion for all the partners involved to meet each other and to know a bit more about all the institutions involved in the project.

More information about the event are available at the official EPTRI website: www.eptri.eu.

About the Author: nico