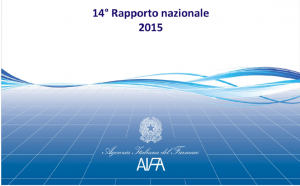 Although 2013 data about clinical trials showed Italy, compared to Europe, stay stable, 2014 data show a slight upward trend. In particular, clinical trials in the starting phase of drugs development (I and II phase) are the majority. Clinical trials about advanced therapy drugs have doubled, and non-profit trials are rising despite the 2013’s decline. This is what comes from the 14th Italian National Report on drugs clinical trials, published by Agenzia Italiana del Farmaco (AIFA). The 2015 report contains data related to 2014, when the 536/2014 regulation on clinical trial in Europe was published, and when the new observatory on clinical trial (OsSC) was established. These result have been achieved by melting data from AIFA and EudraCT databases.

Quoting the report: “Data described demonstrate a consistent increasing rate with regard to the types of drugs involved, which is related to the incoming changes, expected in the next years in the field of drug development. Indeed, biologic/biotechnology drugs and biologic/chemical drugs are steady, while ATIMP trials have doubled. New innovative drugs and breakthrough therapies are coming on the market with high expectations even between patients, which are more and more involved in drugs development”.

Moreover, overall phase I and II studies are increasing, while phase III are steady and phase IV are decreasing. The total sum of phase I and phase II studies are more than those of phase III (46,8% phase I and phase II, 43,6 phase III), this could further confirm the trend of a shift towards clinical trials on innovative and in development drugs. As stated above, an increase of non-profit (5% more) and monocentric clinical trials has been registered, even if 4% of the total are related to international trials. Moreover ATMP trials raises from 1% to 2%. In the rare diseases field, clinical trials related to drug development phases are significantly more than those of phase IV, while profit clinical trials are 75% of the total amount, that could mean a possible increase of the applications for registration of drugs targeted for rare diseases.

Considering data according to the therapeutic category, it appears that percentages for each therapeutic class are different from expenditure data. The costs of antineoplastic and immunomodulating are around the 28,9% of the total; and particularly percentage trial data for blood and hematopoietic organs are twice compared to the percentage of incidence data on pharmaceutical expenditure. On the contrary, expenditure related to cardiovascular system is 6 times higher than the percentage of clinical trials, followed by the gastrointestinal system and anti-infective drugs whose data are twice compared to the percentage of the respective clinical trials. Data also demonstrate that the most represented therapeutic areas are oncology (35%), followed by onco-haematology and nervous system diseases.

“All data confirm that is necessary to continue working to strengthen positive signals, avoiding all factors with negative impact, which could lead to lower investment and slow growth in the most dynamic sector in Italy”. Thus, AIFA proposes to “renew and reorganize Ethics Committees and experimental centers in order to meet the new expected demands and complexity of the system. Italy is ranked third in Europe for pharmaceutical expenditure, and we hope that in the next years investments in research will reach the same ranking, as Italy has many scientific and medical excellences.”

Read the full National Report on Clinical Trials of Drugs 2015