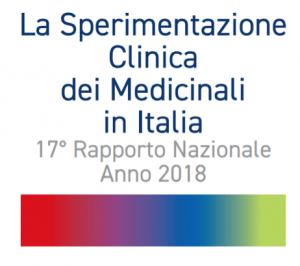 The Italian Medicines Agency (AIFA) has released the 17th National Report on Clinical Trials for the year 2017.

The report shows that the number of trials presented in Italy in 2017 is decreased, compared to the previous year. Nevertheless, the percentage of trials conducted in Italy has remained at the historical level, compared to the rest of Europe (18%). On one side, this result could be due to the reduction of the number of global and European trials, on the other side, this could reflect the increase of the use of new approaches in the drug development strategies, and in particular the more and more widespread use of “complex” trials, including two or more trials in a single application, and presented in the past as individual trials, also of different phases.

Approximately half of the trials conducted in Italy are oncologic and haemato-oncologic, confirming the data of the previous years; the decrease of the total number of trials observed in 2017 is quite evenly distributed over all other therapeutic areas. On the other hand, the upward trend of trials in the field of rare diseases is confirmed, rapresenting 25.5% of the total (24.8% in 2016), of which 80% are for profit trials, with a balanced distribution among the various study phases; it is necessary to underline that over 31% of phase I trials are on rare disease studies.

For more information, you can access the entire document at this link.

About the Author: maria